From Around the World, 5 Restaurants Who Have Effective Social Media Strategies 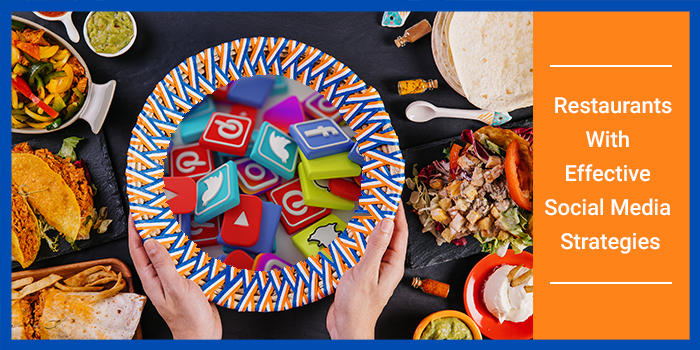 If you have been following our articles, it should be clear as daylight by now. Social media IS crucial if you’re in the restaurant business! Any new business for that matter. The long lists of benefits have already been discussed thoroughly. Be it Facebook, Instagram, Twitter, or any of the platforms, you need to have a voice out there. The internet is where everyone is at, and social media is where everyone interacts with each other. If you’re not harnessing this super relevant ocean of possibilities, don’t assume your competitors are doing the same.

Everyone’s on it, and apart from the usual Facebook and Instagram strategies that we had mentioned previously like consistent regular posts, paid ads, easy competitions etc, some take it a step further by innovating brilliant strategies and campaigns that gets the revenue pouring in.  From around the world, here are 5 restaurants who have effective social media strategies:

This chain of restaurants is not only popular for its delicious pizzas, but also for their social media work. They have this trend of sharing customer generated content that gets many people who eat at their outlets upload pictures and comments knowing that they might get shared by Pielogy themselves in their social channels. Using the #MyPieology hashtag, the restaurant’s social media followers get a chance to be featured on the large brand’s online pages. This created a sense of community between the customers and the restaurants built around the excitement of having your name featured on the pizzeria’s social media pages that have large followings.

Another pretty interesting strategy they use is that they give free coupons to their patrons on social media. Just for using the hashtag #MyPieology, in some states, one receives a coupon for free cinnamon sticks. These kinds of clever restaurants who have effective social media strategies make themselves examples for the rest of the industry to learn from.

This chain of pizzerias from India have a roaring social media following because of the implementation of one interesting social media strategy. Once a week, on their Facebook page, they choose four letters, calling it the “Name Of The Week”, and any person who has those four letters, in that exact order, in their first name, middle name, or last name, gets a free meal at any of their outlets. This has proven to be a massively successful idea that got people following their page in impressive numbers. Everyone waits for their name to appear so that they can avail the free meal, and the comments section is constantly full of people tagging others with those letters in their name, and many voicing out their complaints about their name never appearing. Clearly a success, making this easily one of the restaurants who have effective social media strategies.

Although Nando’s is a restaurant chain originating in South Africa, we’re going to talk about its popularity and social media strategies in the UK. With 1.6m followers on Twitter and 4.3m fans on Facebook, its social media strategy has contributed to its success, with the brand running specially crafted social campaigns to help generate engagement and loyalty. The best examples of this strategy are those that encourage customers to share their Nando’s experience on social media. For example, the ‘finger selfies’ campaign. This involved customers going on twitter and tweeting a picture of their best “finger selfie” made from a Nando’s napkin, with a £20 gift card as an incentive to get involved. Easily a frontrunner among the restaurants who have effective social media strategies

Leon restaurants in the UK has seen impressive growth over recent times thanks to effective social media campaigns. They present themselves as the healthy alternative to fast food. One campaign that turned out to be totally successful was ‘Lean and Clean’, where they partnered with social media influencer Joe Wicks – also known as “the Body Coach”. Joe Wicks went on to become much bigger in the world of social media, releasing his own line of best-selling books. Looking back, this proved to be a great partnership and an excellent example of successful influencer marketing.

Their successful marketing run is similar to that of Pieology Pizzeria as discussed earlier. This American food chain decided to make use of crowd sourced content to draw interaction from audiences, and it did wonders. It was the “Fantographer” campaign, where the best customer taken photo would be shared on their Instagram page. The pictures kept pouring in and as a result of that short campaign, Applebees gained 4,500 new followers on Instagram, while levels of engagement rose 25%.

To stay in the game, you need to be innovative and make the most of all available tools. Social media is the playing field and the competition is only getting creative. If you’re in the restaurant business, there’s no doubt that your social media game needs to be strong.

At CrayonPanda, we have worked with multiple restaurants to help them keep their social media pages alive and buzzing and we can help you be constantly one step ahead of the game. Wouldn’t you like to be one of the restaurants who have effective social media strategies?

CLICK HERE FOR A FREE CONSULTATION WITH CRAYON PANDA > > > > >